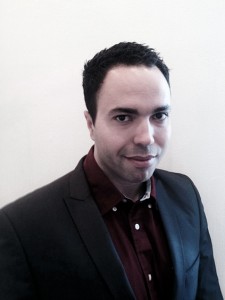 Why fintechs partner up with Eastern European companies? In only a couple of years Eastern Europe has become an outsourcing walhalla for fintechs. The New York Times even called Bulgaria the Silicon Valley of Europe. FinanceInnovation spoke to two fintech companies that have outsourced some of their activities. What makes that part of Europe so attractive?

Leverate delivers a wide array of innovative products and services that enable financial institutions to minimize risk and maximize profit. In 2014 Leverate was selected for Deloitte’s Technology Fast 50, a list of Israel’s fastest growing technology companies. Leverate was founded in 2008 and is currently valued at around 12.5 million dollars. Their outsourcing partner, Ciklum in Ukraine, develops software for Leverate. “It is quite an interesting company to work with,” says Yossi Roash, who is responsible for R&D at Leverate.

India
Before Leverate decided to work with Ciklum, they worked with a freelancer in India. There are many reasons why Leverate wanted to work with Ciklum. Roash says: “We had a freelancer in India and that was tough for us. It was too far away and the cultural differences were hard.” A study from Accenture tells us the same thing. India is a well-favoured offshore outsourcing destination and continues to be a dominant player in this field. However, if you start working with a company in India you have to know the cultural differences. For example, if you are in a meeting with the CEO of the company you are not allowed to speak to him or her without being asked. Besides which, Indian co-workers are not comfortable saying no and they don’t like giving bad news.

“We made the decision to change and start working with Ciklum.” The most important reasons being that Ukraine is closer to home and the cultural differences are relatively small. Nevertheless, Leverate had to learn how to work together with the staff of Ciklum. For Roash, who is married to a Ukrainian woman, this was easier than for most of his co-workers: “She taught me how to deal with the Ukrainian culture. Most importantly, I learned that I had to be more open and communicate better with our Ukrainian contacts.”

Ukraine
The partnership has been successful thus far because of frequent evaluations during the early stages of cooperation. “We evaluate on every level and try to find the best way to work with our co-workers in Ukraine by talking to them individually.” When the workers of the two companies need to cooperate, they usually speak in English. However, it is still difficult to cooperate at times, mainly because of the differences in work ethics. “We have now decided that we will focus on our activities and let them do their thing; we trust them.”