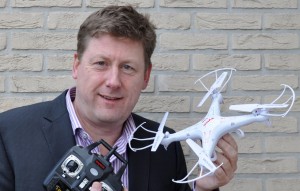 Fintech, Legaltech, HRtech… The accountancy market has no option but to keep up with these developments. What effect do technological innovations have on the accountancy world? We spoke to Jan Willem Kuypers from 216 Accountants.

Technological developments in the Accountancy branch

According to Kuypers things have become a lot easier. “Automation has changed a lot. Once accountants worked with so-called 14-column paper, now we have spreadsheet programmes like Excel, which are much faster and safer.” But that’s not the only advantage. “Algorithms are also ideal as they now allow you to check, verify and make connections at a glance. We’re even going a step further as, thanks to automation, we now have real-time insight into things and can print out analyses that we can use to make predictions for the future. Where we used to look back, we’re now looking forward.” Kuypers is also a fan of blockchain technologies. “I think it’s great that they’ve led to water-tight systems that help you make a lot of things in accountancy easier, especially for entrepreneurs.”

Is Accountancy at death’s door?
At the same time, Kuypers also sees the role of accountants changing, which is something they must be aware. “Because of automation, the accountant’s role is increasingly becoming one of an advisor. That means that as an accountant you need to have other skills in your toolset. Instead of sitting with your head in the books, you now have to look at what’s going on around you and make contact with the client.” He says it means a totally different way of life for accountants, and he wouldn’t be surprised if, in the near future, accountancy studies are quite different than they are now. “Today’s accountant often still works in the traditional way; the new generation will have to be more open, be able to connect and be comfortable with current technologies and developments.”

Kuypers fears that accountants are digging their own graves if they don’t keep up with the times. “The accountant used to know ‘everything’, but because everything is now available via internet and various relevant apps, he’s losing his traditional knowledge advantage. Clients are often better and sooner informed – via social media – than the accountant himself.”

New key question
“So are accountants really a dying breed? No, Kuypers doesn’t believe they are. “Yes, nowadays clients are increasingly more knowledgeable, but assistance from advisory accountants is still necessary. You can look something up with Google, but for many people there’s always the question of whether or not it applies to them. So it’s important that accountants present themselves differently, more focused on the needs of the client. Actually, the key question for the future is what the new relevance and revenue model for accountancy will be.”

What does the future look like?
Kuypers predicts that automation will have the upper hand. “But as an aid to human services. By using robots – such as Siri and iPhone – you save time, time that can be spent on your personal relationship with your client and on his problems.” But he thinks that this is still a long way off. “If you allow computers to take over a major part of the work, fewer employees are needed. That thought is slowing down developments in technology. So people are (unfortunately) making it difficult for themselves. New revenue models could speed things up.

According to Kuypers the near future is about ownership. “Ideally, and this is just my opinion, every Dutch person’s entire details will soon be available online via secured personal portals; from date of birth to how long someone sleeps. The question is of course whether Dutch people want that, but there is already far more personal information online than we realise.” Whether or not we really will end up sharing our deepest secrets with the whole world, only time will tell.