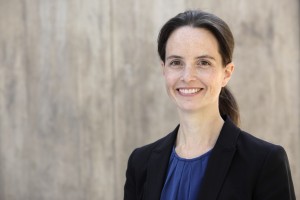 Why fintechs partner up with Eastern European companies? In only a couple of years Eastern Europe has become an outsourcing walhalla for fintechs. The New York Times even called Bulgaria the Silicon Valley of Europe. FinanceInnovation spoke to two fintech companies that have outsourced some of their activities. What makes that part of Europe so attractive?

The London-based fintech company Currency Cloud works with N-iX, a Ukraine-based technology company. How did this collaboration come about? Finance Innovation interviewed Currency Cloud to get that answer and more. Currency Cloud is the first company we’re interviewing to find out what it’s like to cooperate with a company from Eastern Europe. Currency Cloud has recently been nominated for a FinTech Innovation Award 2015, as fintech startup of the year. Rachel Nienaber, VP of Engineering at Currency Cloud, is responsible for the technology team and she shared her experience of working with N-iX with us. Currency Cloud makes it possible to make international payments across the whole world, “we want to make payments easier for customers,” Nienaber explains.

Collaboration
The N-iX partnership is fundamental to Currency Cloud. “We try very hard to ensure that there is as little difference as possible between them and us. The only difference is that they are situated in Ukraine and we are in London”. Nienaber explains why her company collaborates with N-iX: “They are an excellent nearshoring partner. After assessing many suppliers in many countries, we found that N-iX best understood our needs and was the best company to work with”.

CommunicationThe most important aspect of the collaboration is that both parties have to communicate clearly with each other. “When we started this collaboration both sides had to put in a lot of time and effort, which was only to be expected for a joint venture like this. The main reason it is working so well now is because we talk every day about what is happening at both locations”, this means that the team leaders in England and Ukraine begin every day with a conference call or Skype session so that everyone is up-to-date.

The cooperation between the two companies is a success, although there are still some differences that the companies have to deal with, for example “people from England and Ukraine have a different sense of humour; it’s no big deal of course, but we had to get used to each other”, Nienaber explained.

Currency Cloud deliberately chose a company in almost the same time zone. The difference between England and Ukraine is only two hours, “otherwise it would be very difficult to communicate with them”.