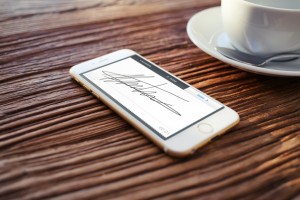 If you want to sit next to the fire, it sometimes means changing seats. The Belgian fintech start-up Sign2Pay was warm enough where it was in its hometown of Antwerp, but it wanted to get ‘closer to the fire’, so it recently moved its Head Office to Amsterdam. The founders say that, internationally speaking, it is essential for a fintech start-up to be seen as credible.

Co-founder and CEO Nicolas Mertens explains that for a fintech business that wants to become a market leader in digital companies, moving from Belgium to Amsterdam was essential. “We want to be closer to the fire. The market potential for our branches, fintech and e-commerce, is currently considerably greater in the Netherlands than in Belgium. Consumers and retailers have a mature e-commerce and mobile mindset.” According to Mertens, in that respect Amsterdam is on a par with Stockholm and London. Antwerp just doesn’t belong.

More credibility
“A large number of our partners are Dutch merchants and many of them are located in or around Amsterdam,” says Mertens. Developers with international experience and specialised sales teams also prefer to settle in Amsterdam rather than Antwerp. “The fact that we are located in Amsterdam gives us more credibility.” Sign2Pay already had a team of developers working in Amsterdam and in September they moved their Head Office there. But there’s no need for the office in Antwerp to shut its doors; co-workers there are getting on with their work as usual.

Sign2Pay allows consumers to pay for purchases via their smartphones or tablets by means of a digital signature. And they mean it literally: the user has to draw his signature on the screen with his finger. As soon as that has been accepted, the transaction between the bank and the webshop is completed. The advantages it offers to start-ups are that it is faster and easier than a password and, according to Sign2Pay, is a great deal safer.

Extensive analysis
The start-up has designed the digital canvas on which the signature is placed in such a way that the signature is analysed at 100 points. And it’s not only whether or not the signature resembles the original, but the way in which the name is signed, with the different drawing speeds, can also identify the correct user. The amount is then automatically taken from the user’s account.
The start-up offers webshops integration of their payment method with more than 3800 different banks in 18 European countries. No special hardware is needed to integrate the verification method; all the consumer needs is his smartphone or tablet with the Sign2Pay app.

Sign2Pay’s new verification method has been popular since its launch in 2014. Sign2Pay even reached the semi-finals of TechCrunch Dispute in London with its product. The company has so far received €600,00 in funding, partly from Amsterdam venture capitalists, and is looking for more. At the beginning of the year the start-up won the MPE Innovation Corner Award 2015. It was then still referred to as a ‘Belgian-Dutch’ start-up, but since the move we can justifiably call Sign2Pay a ‘Dutch-Belgian’ company.