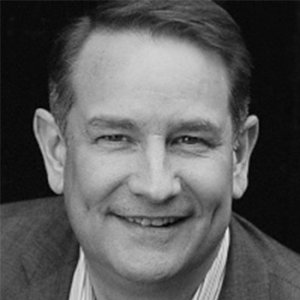 For twenty years he was part of a management team that grew their bank from 6 to 400 billion dollars and then he started his own business, currently known as Innosect. Now JP Nicols (Seattle, Washington) is a speaker and consultant who advises fintechs and banks all over the world at the intersection of innovation and human potential. How are these institutions doing? And what steps can they take to become even better?

Innovation wasn’t in most bankers’ lexicon when JP Nicols left banking to start his own company in 2012. Considering the fact that most banks were struggling to keep their heads above water coming out of the global financial crisis, this is not surprising. But even before then, there was already a threat to the traditional ways banks had been doing business. Nowadays we call it fintech and we all know it. But at that time, most banks just shrugged their shoulders, assuming they had already detected the threat. Arrogance? Ignorance? From a certain point of view Nicols can understand it. “Banks had been doing the same things, in the same way for hundreds of years. And they were doing alright. So why change?”

Two determining factors for success
There seem to be two main components that determine the success of companies operating in banking. The first component is about changing the way banks look at their clients. The second is about changing the way banks look at themselves. “Over the years, the once dominant railroads let other means of transportation take their customers away because they thought they themselves were in the railroad business. That’s narrow minded because they should have considered themselves as a transportation business.” Theodore Levitt dedicated a book to this subject and from that moment on, this phenomenon has a name: marketing myopia. Are banks myopic? Oh yes, most of them are. Although there are some examples of (banking) companies that don’t need glasses. “Take Fidor or Mbank for example. They have proven to be really customer centric. And they’re here to stay.” Their secret? They are truly digital. And that’s exactly what other banks should seriously be considering because, according to Nicols, the banks that will survive will look a lot like technology companies.

Secret of success
What steps do banks have to take in 2016? Nicols’ first piece of advice won’t be surprising: learn from and partner up with fintech companies. But in the States, as in most countries, fintechs speak another language and move at a different speed, so that won’t be easy. “By the time you finally manage to get all of a bank’s decision-makers together in one room, fintechs have already designed a concept and brought it to the market. To keep up with this pace, banks need to be more flexible and use technology wisely. So invest in fintechs, partner up with them or buy them for that matter.”

The second aspect Nicols believes banks should look closely at is big data or data-based technologies. It might even be the most important path to customer centricity because it helps them to really understand the customer. Banks have this huge amount of customer data and by using it wisely they can gain better understanding of their customers and their preferences. It will enable banks to personalize their advice and communication.

As far as Nicols is concerned, banks will still exist in 2020, but there will be fewer of them. Those that survive will be banks with a more humble attitude, that are eager to learn, that open up for cooperation with other banks or fintechs and, last but not least, that are customer centric. To establish that they will have to become more digital and less of a bank. Wise words from a wise man.