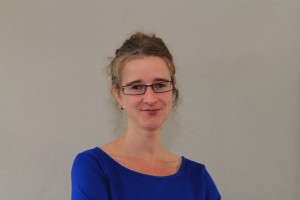 The new Pension Communication Act came into force in the Netherlands on 1 July 2015. At least, a part of it did, the rest comes into force on 1 January 2016. The Act requires pension institutions to use understandable language in their correspondence with customers. Furthermore, almost all information may now be sent digitally.

Was new legislation really necessary? Well, yes. Many pension institutions appeared unable to deliver their message in simple language. They also had legal departments breathing down their necks, resulting in completeness and correctness winning out over understandable language. That had to change. And so the Dutch pension institutions embarked on the compliance–centric to customer-centric journey, a journey that many banks are also familiar with.

In my career as a copywriter, I have seen a great many pension letters; some overflowing with passive sentence structure, others with lengthy sentences and words too difficult for the average reader to understand. I have also seen a letter giving information about value development of the investment pension in the year 2014. The letter stated that “new rules apply from 1 January 2015” and that “any changes per 1 January 2015 are not covered in the enclosed overview”. From the time indication (“from 1 January” instead of “since 1 January”), you would assume that the letter had been written in 2014. Unfortunately not; it was written in September 2015!

The new legislation requires the pension institutions to do more than ‘just’ simplify the language; the communication must also correspond more to the profile and needs of the receiver. A 35-year-old bachelor will in future receive a different sort of letter than a 62-year-old married man. There is therefore much work to be done. Establishing all information and doing something with it places considerable demands on the infrastructure, and adjusting to the language level of the customer also means that you have to carry out the necessary research and amend all pension letters accordingly.

The Common European Framework of Reference for Languages will help to define the language level of your target Group. A technical publication, for example, could communicate on level C1, but for a pension letter you’d do better considering level B1. Maybe it would be advisable to show the new letter to a test panel, but just begin with some common sense and let a colleague from another department have a look at it first.  Or your neighbour, because if he or she doesn’t understand it, you already know enough.